from my 2015 PHD application portfolio 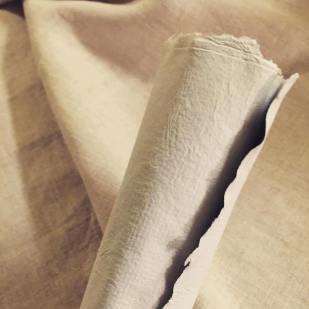 How Will the Epileptics Dream if You Stop Burning Gasoline?

It is not merely the case that men conceived of matter as possessing mind in those days, but rather that in those days matter did possess mind, actually did so. When the obvious objection is raised that the mechanical world view must be true, because we are in fact able to send a man to the moon or invent technologies that demonstrably work, I can only reply that the animistic world view, which lasted for millennia, was also fully efficacious to its believers. In other words, our ancestors constructed reality in a way that typically produced verifiable results.

Abracadabra is an incantation for healing, rooted in Aramaic and Hebrew, meaning: “I create like the word” or “I will create as spoken.” It may also be an abbreviated way of saying “Father” and “Son.”

Written on parchment and worn around the neck on a linen thread, it becomes a magical amulet anecdote against toothache and other ailments.

It is, essentially, a reduction, as though through boiling off the letters of the word, its sounds, its breath, into one syllable, one exhalation, in linguistics, a voiced vowel, with all the power contained therein. It is magic by voice, by exhalation, by breath, by air.

Today, abracadabra is a curse, not a healing incantation, an epithet hurled at theories that purport simplistic solutions to complex problems. Statistical Abracadabra. Economic Abracadabra.

Abra Kadabra is also a DC Comics character who hails from a time when magic has been rendered obsolete–killed–by scientists. He travels backward in time to a land where he may perform as a magician, where his work will be accepted, and hypnotizes people, forcing them to cheer for his magic, whether they believe or not.

My first night in Zion, I start dreaming about David Copperfield making the Statue of Liberty disappear.

I am eight, sprawled on my stomach too close to the television screen.

“This is the real Statue of Liberty,” hostess Michelle Lee declares. “Not a model.”

David Copperfield kneels by a radar machine, finger to his temple. “This radar screen will be your way and my way of keeping track of the statue when the curtain is raised.”

The statue blips in out and out, in and out.

“And then one day it occurred to me,” the magician explains himself, “that I could show with magic how we take our freedom for granted. Sometimes we don’t realize how important something is until it’s gone. So I asked our government for permission to let me make the Statue of Liberty disappear—just for a few minutes.”

“I thought if we faced emptiness where for as long as we can remember, that great lady has lifted her lamp, why then, we might imagine what the world would be like without freedom, and we’d realize how precious our freedom really was.”

We have to obliterate freedom to save it.

But nobody in that audience is facing emptiness. People are applauding. People are cheering. “I have never seen a Statue of Liberty disappear like that one before!” Shouts an old lady.

And how did David Copperfield do it? How did he hypnotize people into cheering at the great emptiness?

“With the Statue of Liberty,” Copperfield said in a 1983 interview, “If I just pointed my finger at it and it disappeared, that would be too amazing. I have to give the audience some room for doubt, to examine and question what I do.”

David Copperfield is Abra Kadabra, making magic out of science, out of forensics.

That is the message of the air my first night in Salt Lake City.

There is no fundamental difference between science and magic.

Outside all night while I dream of David Copperfield, the Salt Lake City air is metallic and blue, thick with the exhalations of automobiles: nitrogen oxides, benzene, carbon dioxide, carbon monoxide. It’s an inversion, a flip of the natural strata of the sky, when warm air slides over the mountain peaks like a garage door, sealing colder, denser air in the valley. Tailpipe emissions have nowhere to go.

“Whence it is,” Agrippa wrote, “that many philosophers were of opinion that Air is the cause of dreams.”

How will the epileptics dream if you stop burning gasoline?

My new sleep medication, the thing that makes it possible for my brain to slip into REM, is a benzenoid, meaning it is made of benzene, too.

My anti-seizure medication, too, is made from petroleum.

Neurologists report me to the DMV like a criminal: SHE SHALL NOT DRIVE. But they fill up my mouth like a gas tank. They suppress my epilepsy with benzene, the anti-knock agent of fast car dreams. Knock: the explosion when fuel does not ignite properly, and the engine throws a fit. Car as epileptic. Epileptic as car.

The same thing that makes me sick makes me well. There is no fundamental difference between science and magic.

In ASTHMA ABRACADABRA, I channel all senses of the term, for my asthma medications, an immediate and simple solution to make me breathe, are made of petrochemicals as well, meaning they contribute to petroleum extraction and pollution, even as my illness was created by that pollution.

Doctors always want to pour gasoline down my throat. My body is a petroleum sink.

My inhalers are beneficent tailpipes.

Even the packaging uses petrochemicals, for the industrial inks used to print the medical pamphlets in each inhaler are made from petroleum feedstocks.

The inhalers themselves are plastic: made from petroleum.

In this performance, I recycle the paper from asthma inhaler patient information booklets into new paper, not bleaching out the ink: I want it to be part of the paper itself, like a secret palimpsest.

I size it with gelatin, a substance made from skin and bones. The scrolls are bodies. Bodies I have created. I create with the word.

I write a message on the first sheet in sympathetic ink, using gall nuts and a reagent to develop the message (the regent being copperas).

The message come from Agrippa on the air as “glue”:

It remains that I speak of the Air. This is a vital spirit, passing through all beings, giving life and subsistence to all things, binding, moving and filling all things. Hence it is that the Hebrew doctors reckon it not amongst the Elements, but count it as a Medium or glue, joining things together, and as the resounding spirit of the World’s instrument. It immediately receives into itself the influences of all celestial bodies and then communicates them to the other Elements, as also to all mixed bodies.

Also it receives into itself, as it were a divine looking-glass, the species of all things, as well natural as artificial, as also of all manner of speeches, and retains them; and carrying them with it, and entering into the bodies of men, and other animals, through their pores, makes an impression upon them, as well when they sleep as when they be awake, and affords matter for divers strange Dreams and Divinations.

Hence they say it is, that a man passing by a place where a man was slain, or the carcass newly hid, is moved with fear and dread; because the Air in that place, being full of the dreadful species of manslaughter, doth being breathed in, move and trouble the spirit of the man with the like species, whence it is that he comes to be afraid. For everything that makes a sudden impression, astonisheth nature. Whence it is, that many philosophers were of opinion that Air is the cause of dreams …

Though my epilepsy bans me from driving cars, I am conjoined to the world of the Car People through the air of long dead things on fire.

And your air, fire air, is turning me into the object you desire, the thing that proves you must burn petroleum, that you must not stop, for how else can I be healed with petroleum but for you mining it?

I am the anti-knock agent of your dreams.

Next, I burn this scroll, collect the carbon to make an ink, and recycle more asthma pamphlets into paper to create the next scroll, on which Chinese Propaganda about air pollution is written:

Ruined health, cover the sky, paralyzed traffic …… haze this year became the universal enemy, everyone can not wait to “eat its meat, its skin sleep” by the outside door. However, to defeat an enemy that does not seem that great master, nor is the arena Ranger, but only from beyond the Great Wall winds. “The wind is Beijing rag. Siberia, is Beijing’s cleaners let Siberia northwest wind quickly to come!” @ Xu commentary on the microblogging lament reflects both the unbearable reality to a considerable extent, also said out of the people’s frustration and self-deprecating.

But, have you ever realized that you both hate and helpless haze was not completely useless, it ravaged China, but also to our national and personal brought five major benefits. I am not mad, haze never took bribes, even when the writing of this manuscript heart still aches, but fair, have to say.

When was the last time you heard anything good about carbon monoxide? 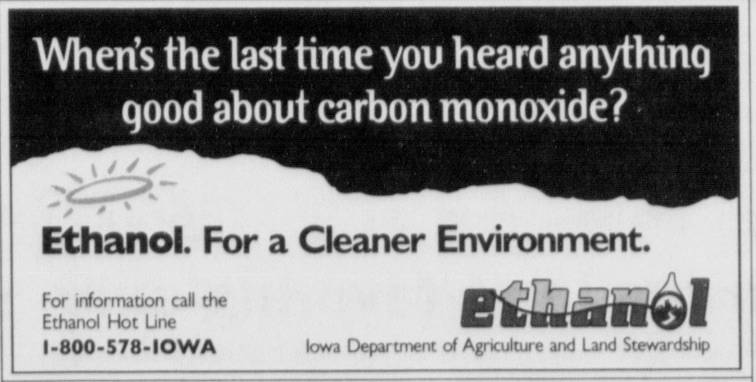 It’s an advertisement for ethanol, believed to be the savior of mankind for cleaner air.

Never mind that corn –for ethanol, for plastics– has already resulted in nitrogen being pushed beyond planetary boundaries, threatening to destroy all of mankind.

Make my inhalers from plastic, and destroy the world.

Burn ethanol and destroy the world.

This is ABRACADABRA in the modern sense of the word: a simple solution for a complex problem. Nonsense. Hocus Pocus.

The performance is ongoing, down through the ages and through theories of epilepsy and asthma, all the way through Maimonides’ treatise On Asthma, the manual for a Pontiac GTO (my brother’s beloved car), Antoine Lavoisier and the discovery of oxygen through mercury, one of the most toxic substances of all.

Mercury, too, is emitted from the burning of fossil fuels. In alchemy: mercury is the base of all things. He is Lucifer and Jesus. He is savior and killer. Now we are ready to begin.

I end on this unpronounceable syllable, a kind of scientific tetragrammaton, and consume the final scroll to radically embody these theories on air as a kind of sustenance, a food, a glue that binds me to others even though my sicknesses separate me from them, as an epileptic who cannot drive, but is not only consuming petroleum but participating in its pollution, its burning, through her asthma inhalers, her anti-knock pills, and through intentional burning of these scrolls, through science turned into magic, through facing what it means when my freedom, my breathing, my very life, is subject to magical forces, when my dreams are made of benzene, and benzene makes the Statue of Liberty disappear. ABRACADABRA