In a few hours, my dentist will pry the crown off Tooth 19. Rolling the stone from the tomb: that’s how I think of it, exhuming a part of my skeleton I thought long-since buried. It’s not a dental procedure. It’s an autopsy. He is looking for signs of infection in the pulp my previous dentist left behind. Pulp. Living tissue entombed by gutta percha filling.

In its own way, it’s a resurrection. How do I know the pulp was always there? How do I know it hasn’t reappeared? I am not ready to reveal all the endodontic details that have led me to this thinking, but I see it as confirmation that my magic spell is working.

Of course it does.

“See how your roots curl and twist,” the dentist said last week when he examined my x-rays. 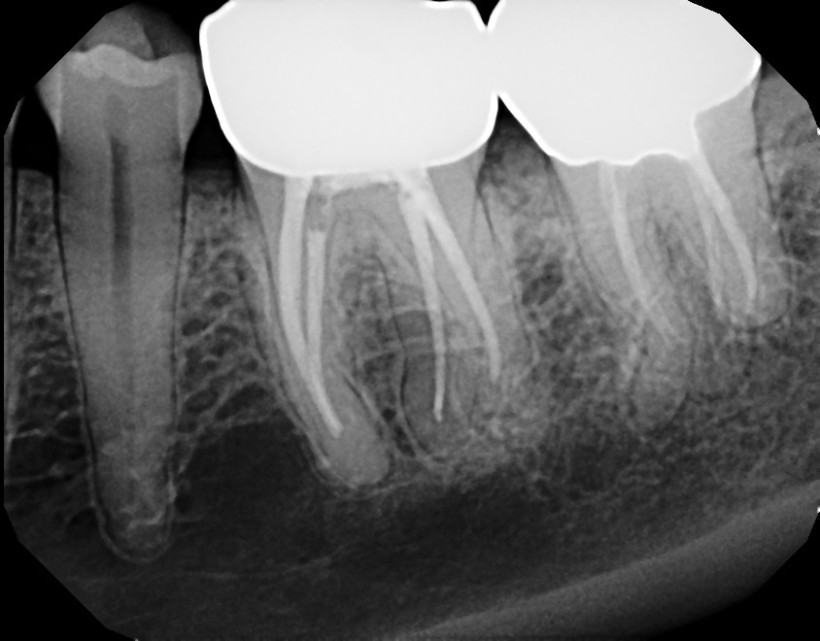 (x-ray of tooth 19 — on a side note, I realized too late that I sent the x-ray for the opposite side of my mouth to DIAGRAM for Partial Match, linked at top also … well, no bother. They are both screwed up.)

Don’t I ever, I thought.

He traced his finger down one of the tentacles and stopped where the radiopaque trail did, abruptly, like a gutta percha highway that never got completed. A dead end. Except, not dead. Alive. And that’s the problem. “As long as there’s pulp in there, you are at risk of infection,” he said. “It could break the teeth apart.” Teeth, plural, because I have a mouth full of unfinished root canals. My teeth are always breaking thanks to epilepsy and the medications for it. It’s only a matter of time before one of them turns electric, like a fluorescent bulb flickering on, except instead of radiating light, radiating pain.

But pain is a kind of light.

I have always thought these teeth — Tooth 19 in particular — were haunted. They ache even though they shouldn’t, a phenomenon I have always called “phantom pain.” My previous dentist dismissed it. “Dead teeth do not hurt,” he said. “That’s the wonder of root canals.”

It’s also the danger of them. If bacteria get left behind or invade, you don’t feel the infection until it’s too late.

Maybe the pain was jaw sprain, I began to believe. But now I wonder if it wasn’t the stirrings of something else.

“If you had said it bothered you from sweets or cold, I would say that’s in your head,” my new dentist said. “But the ache? There’s good reason for that. This tooth is alive.”

It’s not just the tooth. The crown on Tooth 19 is all wrong. Always has been wrong. See that little shelf hanging over the edge? Food and bacteria have gotten caught in it–like a trap, like it’s luring them there–and the tooth is decaying. It could shatter. It might not even make it through this procedure. We will see. The gum area around it is inflamed, which is pushing my teeth apart.

It’s almost as if the tooth is erupting all over again from my gums.

“That will make your jaw ache, too,” my dentist said. 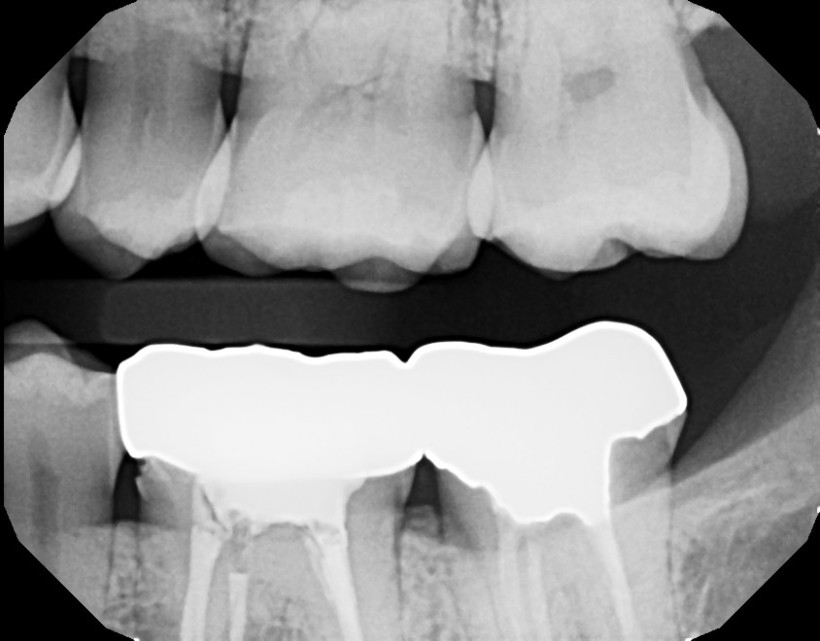 What do you expect, when you don’t seal the tomb?

4 thoughts on “opening up the tomb”