Yesterday, the scariest essay I ever wrote went live on The DIAGRAM. My whole night consisted of cold sweats, kicked blankets, pacing, text-message-checking, tarot-reading, tossing, turning, and for a few hours, dreaming. I dreamed of my brother Greg, the scratch and tickle of his 5 o’clock shadow, his musky scent, what he whispered in my ear as he leaned in to kiss me on the mouth. What he was teaching me to do. What he wanted me to say and not say. I remember the words, but they come to me strangely devoid of his spirit, his voice. I struggle with that, remembering his voice.

The timeline gets fuzzy, but I was this old when it all began:

This photo would not be too far off from that time, a year or two earlier, no more: 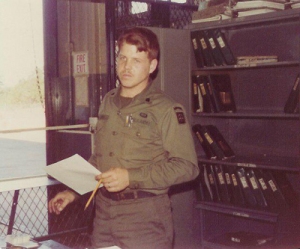 I think it is important for me to emphasize this age difference, this size difference, because others, upon finding out what happened, often respond by saying (by assuming), oh, but you were just kids experimenting.  Or, he must have been just a kid himself. At least, that is what some close friends at college said when I attempted, tentatively, to divest myself of this secret. No. We were not kids. I was a kid. He was an adult.

And even if that were not the case, it would still be wrong.

In the very few times I have revealed my secret to people I thought I could trust, they drew back as if I were radioactive, a toxic cloud sweeping in over them. You slept with your brother?

No. I did not sleep with my brother. My brother raped me. Let’s be clear on that.

And even now, even after coming out with all of it, that sentence, that word–rape–is torture for me to write. Because,  you see, in my little-girl imagination, he was my first love. He arrived at our doorstep like some crazy gift from the stork, a fully grown brother, just when I needed one. I adored him. And as I accumulated secret siblings, he remained my favorite brother. And still does. And maybe that only makes sense to someone who has been through it, who knows the charms that a sexual abuser, a pedophile, possesses.

Sometimes, I think I would give everything for him to walk through my door right now.

Here is the link to my piece, Partial Match.